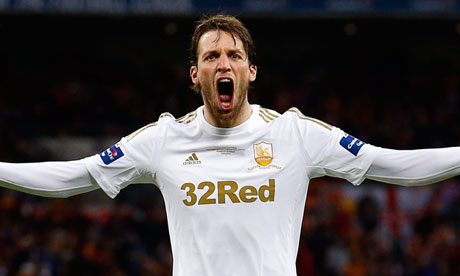 The Spanish-born footballer rose through the ranks of the Spanish football system, arriving at the La Liga in 2011 and played for Ray Vallencano, racking up 15 goals that season.  Of course, he was snapped up in 2012 to play for Swansea City, and led his team to the League Cup in 2013.  It appeared his entire career was blossoming before him.  And then the ankle injuries began.  After buying out his Swansea City contract and moving to lower-tier teams, Michu announced in 2015 that his soccer career was over.