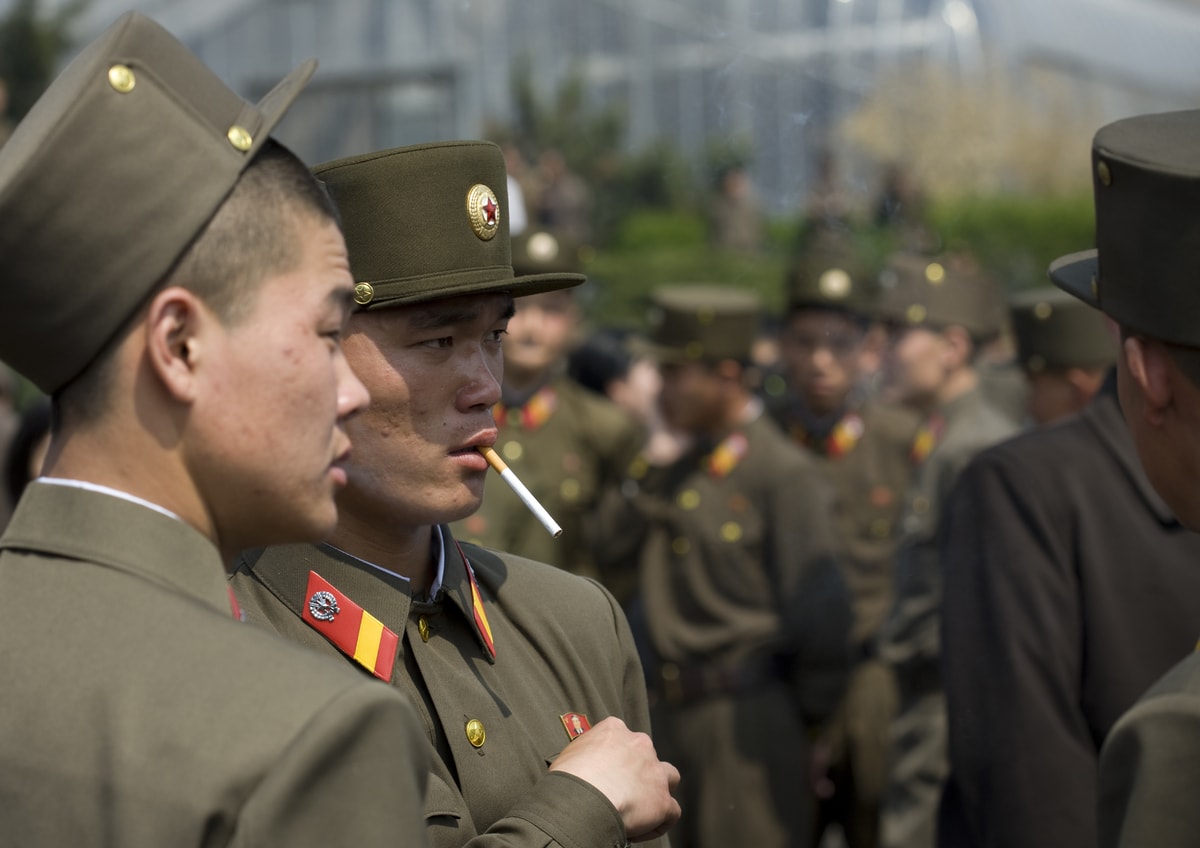 By now you might have already figured this out, but North Korea’s government doesn’t allow any pictures depicting its country -including its people and military- that could be detrimental for them to be taken. That includes this picture, where it shows soldiers in an unorganized way, as if ‘taking a break’, with even one of them smoking. This, of course, is taken as disobedience and lack of discipline by Kim and his cohorts, and thus it’s forbidden to take photos like this one.