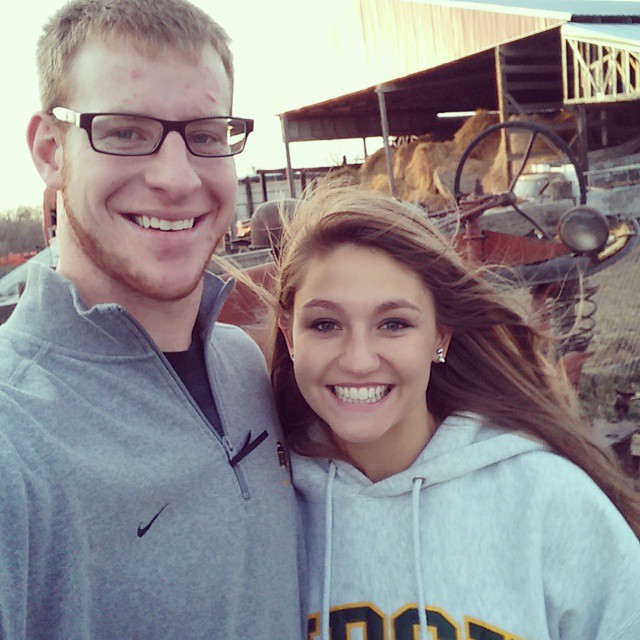 Carson Wentz, former quarterback for North Dakota State, started two years with the Bison. Wentz had a successful career, despite an injury during his senior year. He was an underestimated freshmen recruit who produced great stats during his college football career – as a result he is prospected as the 7th draft pick. Cheering him on in a North Dakota State jersey was girlfriend Melissa Uhrich, a track star at Concordia University, located in Ann Arbor, Mich. She currently works at Essentia health and CHI St. Alexius Health in Fargo, North Dakota.