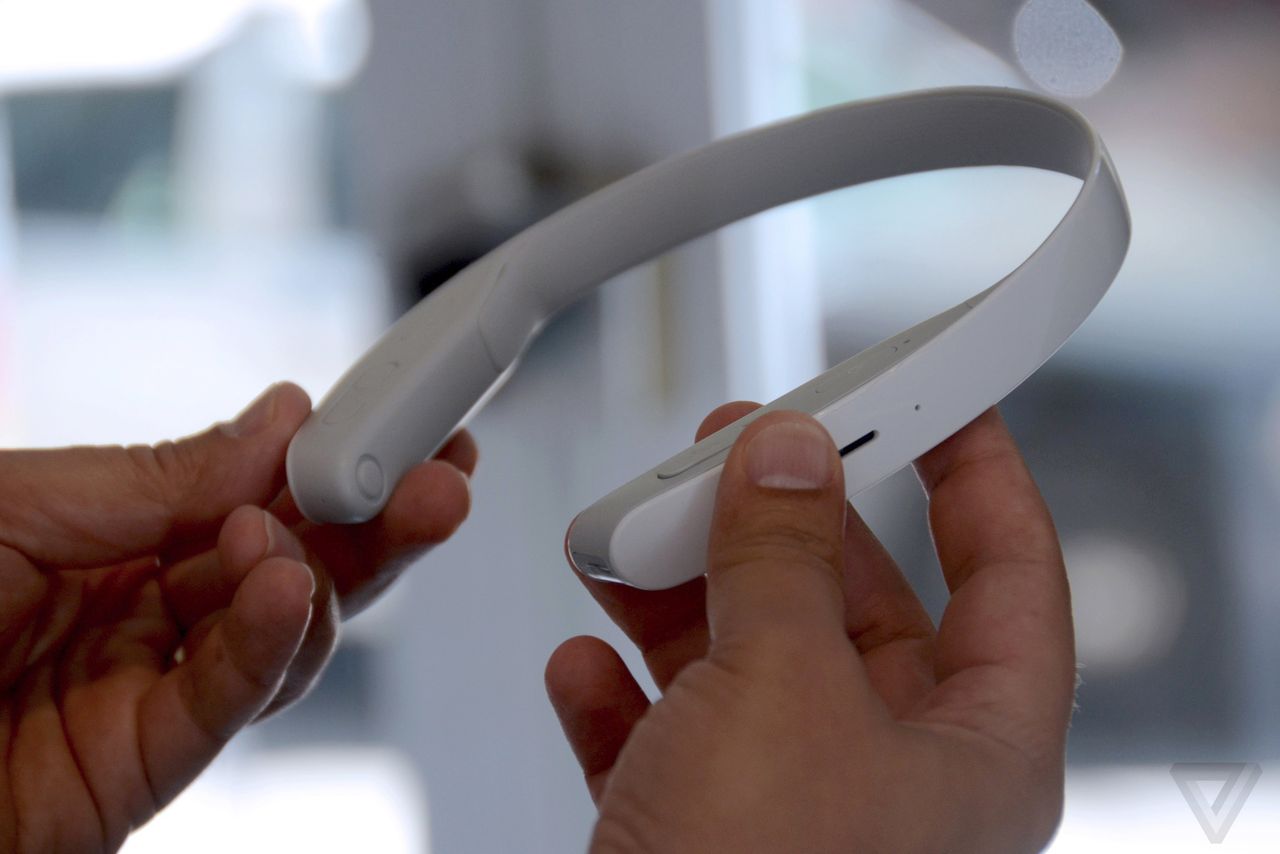 At this year’s SXSW, Sony’s  R&D wing Future Lab unveiled a concept prototype for a Bluetooth headset that can play sound without touching the user’s ears.  The design of Sony’s Concept N resembles that of other “neckband” Bluetooth headsets, which drape over the collar and have corded earbuds.  By channeling sound upward to the user’s ears, Sony’s Project N may be an option for runners, cyclers and pedestrians to listen to music while keeping aware of their surroundings, and without the tangle of cords and earbuds popping out due to sweat or movement.  The device code named Concept N includes optional conical earbuds for sound closer to the ear while still keeping the ear canal open to outside sound.

The Concept N also features voice commands, answering to “Arc”, and a camera. It sounds a bit  like Google Glass, without being such an eyesore.